Artbag has long been revered as the premier handbag and luggage repair facility in the United States. Artbag was founded by Hillel Tenenbaum in 1932. Mr. Tenenbaum, a former professor at The Fashion Institute of Technology was known as a perfectionist. Tenenbaum had a passion for perfection that was instilled into his son-in-law and future business partner Louis Rosenberg.

Rosenberg, a tinsmith by trade, brought his knowledge of metals and quality workmanship to Artbag. He was considered the king of “quality control,” well before it was a catch phrase in today’s society. In addition, he was known as the mayor of Madison Avenue. He once received an award for having the cleanest storefront on Madison Avenue.

After Mr. Rosenberg’s retirement, Donald Moore, protégé of Hillel Tenenbaum, purchased the business from Mr. Rosenberg. Mr. Moore worked side by side with Mr. Tenenbaum for over two decades. Mr. Tenenbaum taught pattern making and handbag construction to Mr. Moore. This enabled Moore to create some of his own styles and recognize flaws and potential issues with the designs of other handbag makers.

This footprint of perfection has left an indelible mark on the current owner, Chris Moore. Chris began making bags along with his father, Donald at an early age. Thus, he has been given the knowledge and expertise in the art of bag making and repair. The younger Mr. Moore has been called upon by many major publications as a source for information on handbag designs and maintenance.

Where to repair designer bags in USA?

Stop your bag from Sagging! 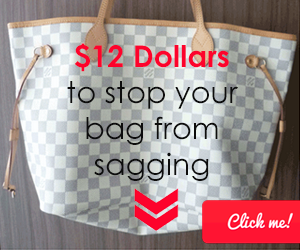